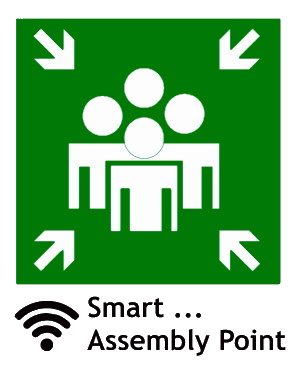 is taken manually by the fire marshals . Gathering & compiling this information at an organizational level and finding out the missing persons list is a mammoth & time consuming operation.

Smart Assembly Point helps to take the entire emergency evacuation process to the next level by implementing Smart Assembly points.

Emergency Dashboard is a large television based display which is connected to the network. It mainly displays three sub dashboards 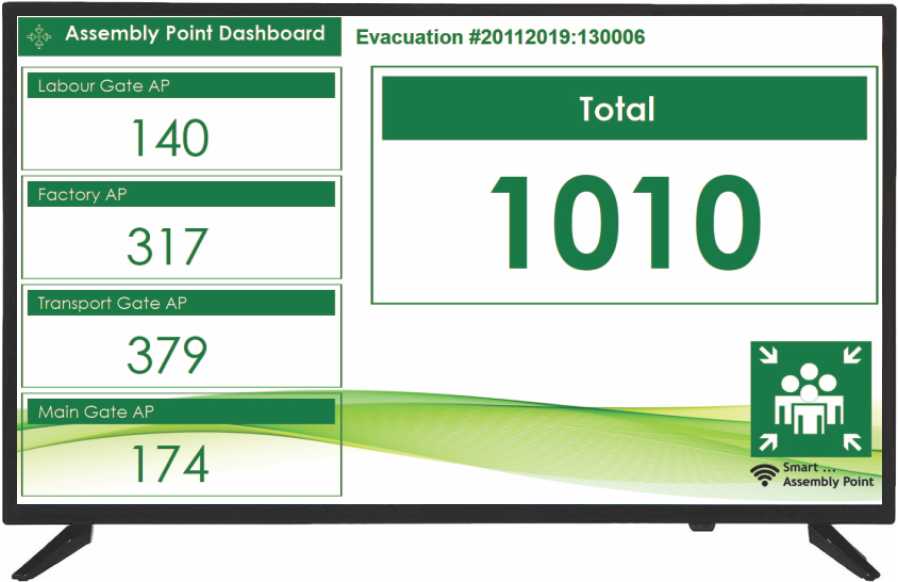 This dashboard displays the head count at the assembly points in a real time mode. When the users scans the cards at the terminal, count is increased by one and shown at the emergency dashboard. 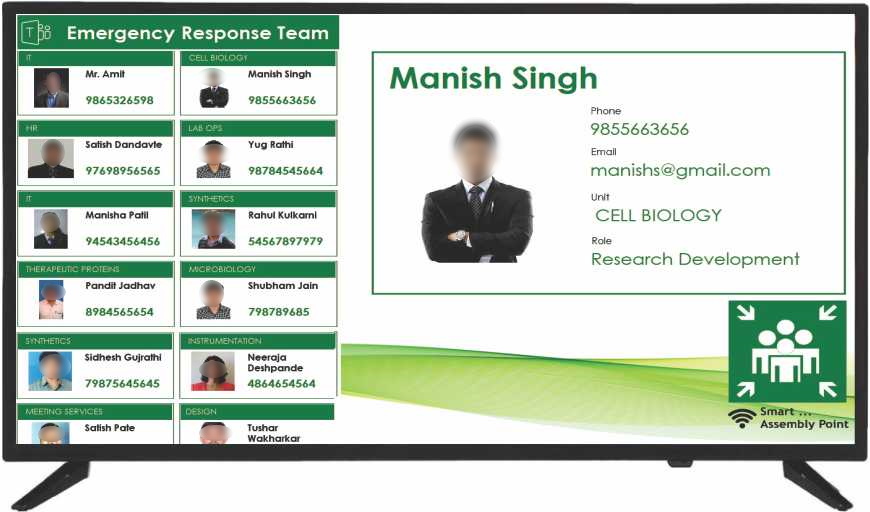 This dashboard is used for displaying the details of the emergency team. This dashboard shows the various team members in your organization who are trained to handle emergencies. Their names , photos and mobile numbers are displayed on the screen. These dashboards are usually displayed at the safety department and is very handy in case of emergency. 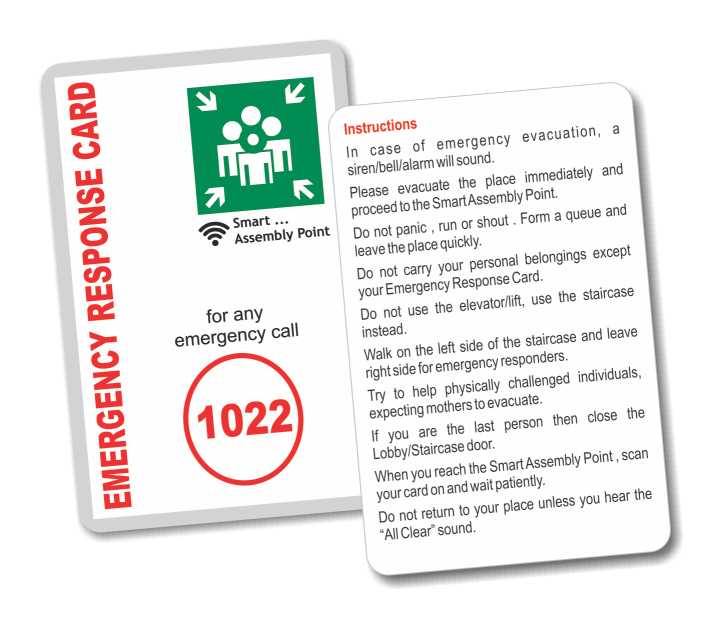 Emergency Response Cards are RFID cards which are pre-printed with the company logo , emergency contact number and instructions of Do’s & Don’ts in case of emergency. When an emergency evacuation is called and the employees approach the smart assembly points , they use these cards to scan and mark their presence at the Assembly point.

Headcount dashboard shows the number of employees , visitors , labours etc. who are within the facility. These numbers can be fetched either by integrating with the existing employee attendance database , visitor management system database or by issuing RFID cards. 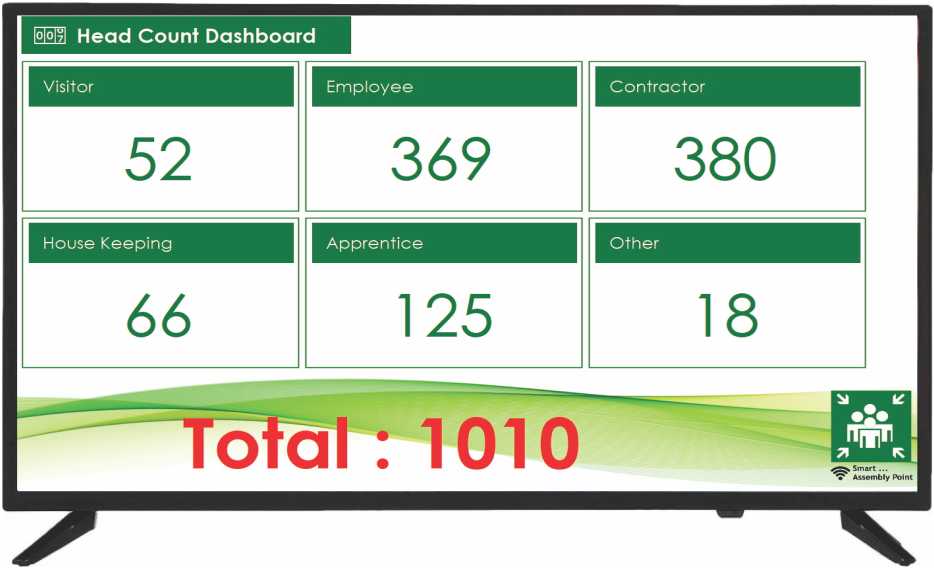 The Emergency response card can also be used to record the IN & OUT movement of the employees visitors etc. The count of their numbers is displayed on this dashboard It is also possible to pull the data from the existing Employee attendance or visitor management software provided the data in these systems is no encrypted or non-accessible due to security policies. This requires customization and feasibility of integration changes from case to case basis.

Contact us on sales@scrum-system.com and we will be happy to share more details and arrange for an online demonstration.